I chatted with Lane Rettig a couple months ago about Blockstack governance and how our project is doing so far. I wanted to flesh out some of my thoughts on governance and share them with you.

The ideal "amount" of governance for a decentralized project is none, zero, nil, zilch. But why is that? And how do we get there?

One of the things I think is helpful to do when thinking about a big picture problem like governance is to step back and look again at why we created Blockstack and the problems we are trying to solve.

Satoshi saw a world where 3rd party organizations could arbitrarily and coercively change the rules that govern your money. They could steal from you by changing the inflation rate and steal from you by preventing you from using your money to transact with whom you choose. Given a choice, he thought, people will prefer money whose rules can't be changed.

Likewise, many early bitcoiners saw that the problems theft of digital property that bitcoin solved for money exist for other digital property. These so-called trusted 3rd parties could take your domain name, delete your youtube channel, prevent readers from seeing your blog post or shadow-ban your tweets. Given a choice, we thought, people will prefer to build their digital livelihoods on technology whose rules can't be changed.

The problems that come from the rules of a game changing in mid-play arise from of systems of governance. Governance provides a mechanism for decision-making and decision-making is what results in change. The governance mechanism of the fiat financial system, the literal government, is who changes the rules controlling your money, stealing from you through inflation to bailout their friends or preventing from spending your money on whatever is politically incorrect on that day of the week. Likewise, the governance system of big tech companies - CEOs, boards of directors, shareholders and the jurisdictions they're subject to change the rules of the tech platforms on which we build our digital lives.

Change isn’t necessarily bad, the problem comes with unexpected change and change that we didn't agree to. A decentralized ecosystem needs to be resilient to change users of the system don’t want. Having a governance structure makes it clear how decisions are made and where someone looking to change the system needs to apply pressure to change it. While this makes it easier for noble-minded people to participate, it also makes the system a lot easier to attack. If we trusted others intentions, we wouldn’t need a decentralized system.

This leaves all projects including bitcoin with a dilemma. On the one hand, the value comes from knowing the rules in advance and being sure that the rules won't change unless everyone agrees. On the other hand, the world doesn't stand still - circumstances change all the time - and building anything requires a degree of flexibility and the ability to change the rules as new information becomes available.

The becomes even more apparent in the early days of a project as new information becomes available very quickly that necessitates changes to the rules. Failing to make the right changes will mean death.

We experienced this with Blockstack as we started by building on Namecoin and moved to virtual chain and finally proof of transfer technology as we learned more and technology progressed. Failing to make those moves would have meant the death of the project, like so many before it.

As projects grow though, change should become harder and slower. More stakeholders and users means that more people need to agree before any changes are made. Users agreeing on change, though, doesn't mean majority rules democracy, it means that changes shouldn't be made unless as close to everyone agrees.

The challenge for Blockstack, something that we realized early on, is how to move from a traditional startup - a traditional corporate legal entity registered in the USA, where the CEO and the board calls the shots to something much closer to bitcoin. We call this our path to decentralization.

It envisions independent actors in the ecosystem. My company New Internet Labs being one of the first. And a mechanisms baked into the Stacks v2 protocol to make it easy for users with an economic stake in the system to participate. Most recently, the creation of the Stacks Foundation served as another step to reduce the power and the spread out the funds of Blockstack PBC.

As any long term bitcoin HODLer worth their satoshis knows, Foundations often lead to Trouble. They have a tendency to build up social capital trading on the public's trust in words such as "foundation" and "non-profit" and the reputations of those who sit on their boards and then spend this social capital on questionable endeavors. Since foundations hand out money, there's little incentive to criticize them or call them out. They can become systemically dangerous to a budding decentralizing ecosystem if their influence grows too much or if users start looking to them as the "official" or authoritative source of truth in an ecosystem.

While I wasn't involved in the discussions around or creation of the Stacks Foundation, I am confident Brittany and the team at the foundation are well-aware of the risks and will do their best play a supportive role in the ecosystem without becoming a trusted third party or a systemic risk. The fact that they have made clear that they will have no role in the technical protocol seems to be a good first step. I look forward to seeing how things develop.

A Stacks foundation is really just a short-term step in the path towards decentralization. Ultimately, we need to get as many people involved in the ecosystem as possible. The more financially independent they are the better. This can only happen as people build sustainable independent businesses that use the network.

As time goes on, the less efficient the governance process the better. We want a world where someone looking to make a controversal change - a change that everyone using the network doesn't agree on - has a very difficult time forcing it through. If we build a Blockstack world where contentious changes can be pushed through by getting a few people in a room or on a video call, then we've failed to build something that's better than the ICANN/Big Tech-controlled internet we have today. 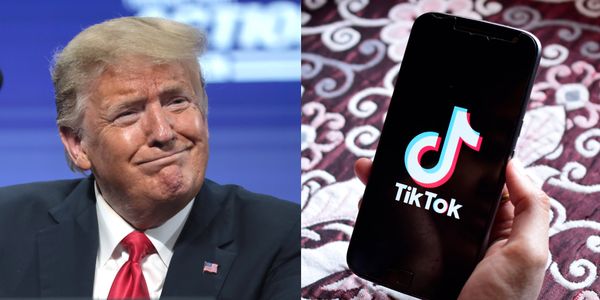 How US users might get around Trump's Tiktok and Wechat bans. 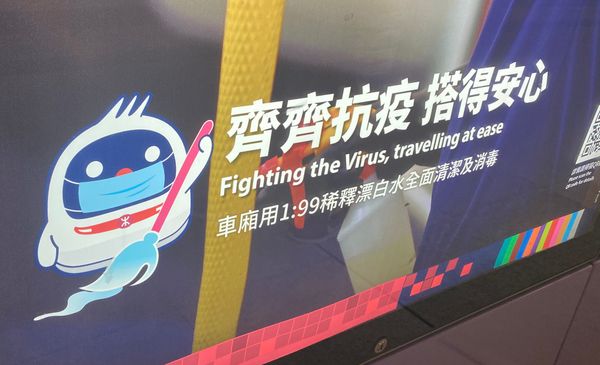 Stop blaming WHO! Countries had plenty of time do something about the novel Coronavirus. A timeline of events from my vantage point in Hong Kong.