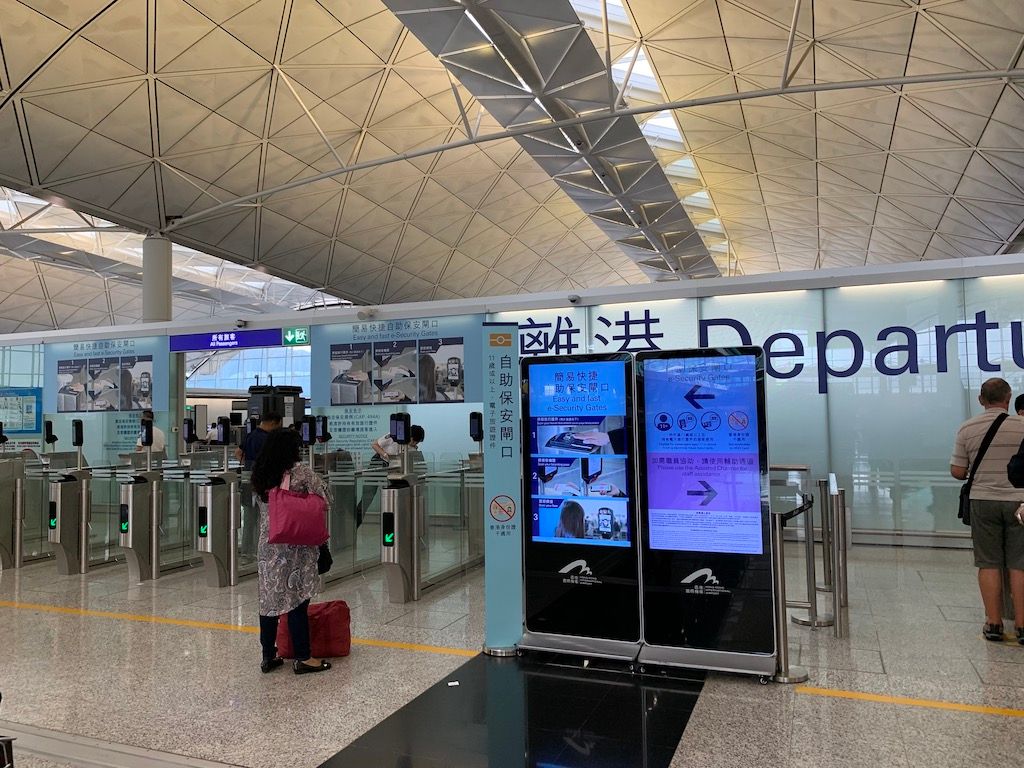 Initially, these face scanning “e-security gates” were pitched as a trial with one set of opt-in automatic gates constructed in the corner of the airport while most passengers were manually screened.

In the past couple months, the "trial" was apparently declared a success as gates appeared in all of the entrances to security. Signs were put up that described the procedure to opt out of face scanning data collection. 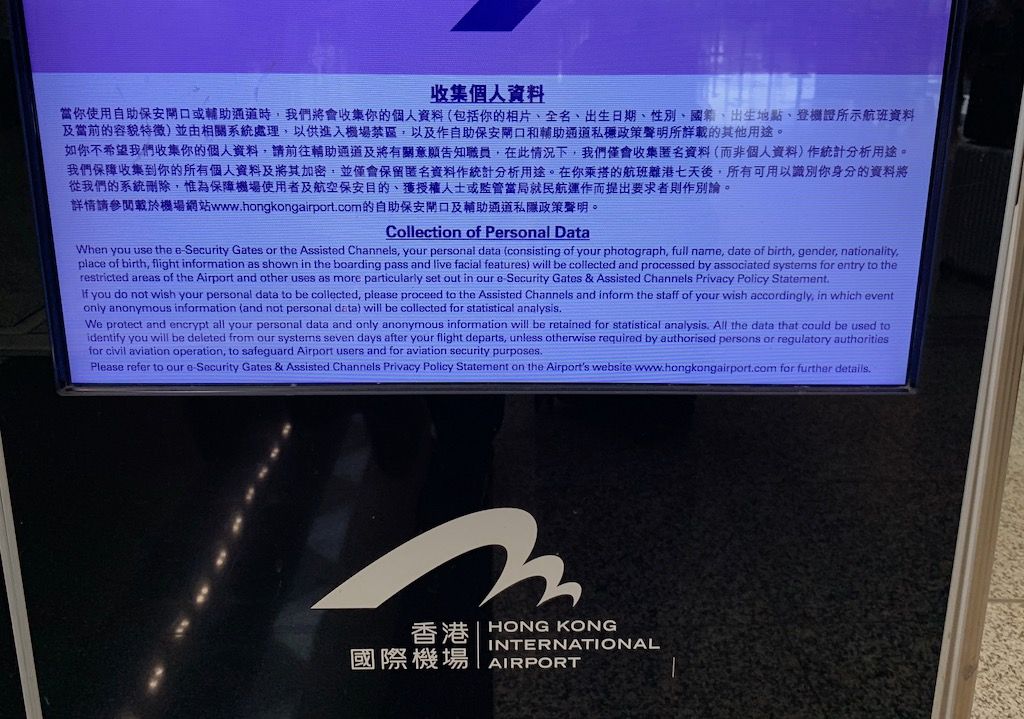 Given that there's no reason airports need to know who you are - names are on tickets solely to enforce airline business models - aka "revenue protection" - by preventing a secondary market for tickets, I thought I’d try to opt out.

I queued up at an “assisted e-security gate” - an automatic privacy invading machine that comes with its own rent-a-cop. I started to get nervous at the thought of the stir I would cause by trying to opt out when no one else in line was doing it.

When I got to the front of the line, I told big brother’s sidekick that I wanted to exercise my right to opt out.

“We have to take a picture sir,” he protested.

Little brother tried to take a picture but I held my hand over the camera lens.

“Sure let me take a picture and I will delete the data. You can watch me,” he said, pointing to a green "del info" button on his screen.

“But we need to take the picture”

“We need to take your picture to make sure you are the person in this passport,” he responded, impressed that he was able to recall the reason he stood at this gate all day.

“Can't you look at the passport and look at me and see that I am the same bald white guy as the one in the passport?” A flicker of understanding appeared momently in Little Brother's eyes as he realized that reasons Big Brother had given him for these surveillance procedures were a lie. He didn’t need this machine to carry out his stated task.

Why was he here? What was the point of this. Confusion quickly doused the flame of understanding and Little Brother called out for help from one of Big Brother's middle managers.

A manager came over, took one look at me and the growing line of frustrated passengers behind me, presumably thought that holding up the line would hurt his team’s performance metrics and told little brother to approve me, freeing me to move on to the next step in my airport security theater experience.

Let’s do this again

A month later, I was back at the airport mentally prepared to go through the same stressful process. The adrenaline was flowing in my veins as I anticipated the upcoming confrontation between good and evil. Much to my surprise, as soon as I said that I wanted to opt out and not take a picture, I was immediately let through without a fuss.

The power of defaults

I was surprised at how mentally and emotionally difficult opting out was for me. Opting out of privacy invading surveillance in an airport required that I ignored instincts developed from decades of training to "respect authority" and social pressure to not "cause problems." Given how much effort it was, it isn't surprising that more people don't do it.

In software product development, there's a saying that the power of defaults is strong. Most people will use the default option - defaults become the status quo and the de facto standard. The power of defaults is even stronger in social and political realms. People come to the airport to go on a trip, not to make a political statement. They take cues from the behavior of other people. If the default option is to have to have their privacy invaded, only a small minority will go through the trouble and emotional stress of opting out.

The software we write is a guest on our users' computers. It should behave like one.