At each meetup, Ryan presented an introduction to Blockstack after which we moved into demos and discussion. Each meetup saw a demographically unique group of attendees with different backgrounds and interests. The meetups were a lot of fun and provided lots to think about. In this post, I'll try to recap some of my thoughts and observations from each of the meetups and finish up with some lessons and ideas for the future.

Our meetup marathon kicked off in former British colony turned semi-autonomous Chinese territory Hong Kong on Friday night in the heart of the Causeway Bay shopping district. Armed with supermarket sushi and drinks, a mix of finance professionals, developers, Bitcoin & Ethereum enthusiasts and local reporters intently listened to Ryan’s introduction to Blockstack. Several attendees were developers with long careers in the banking industry. Other attendees were non-technical individuals that have been struggling to understand the concept of blockchain. Still others were interested to learn about how Blockstack fits into the current blockchain hype.

Ryan’s presentation differed from many of the other blockchain events we’ve seen in Hong Kong in that he was upfront and honest about the constraints and limitations of Blockstack that come from the constraints of the underlying public blockchain. This stood in stark contrast to other blockchain events where vague promises were made that the technology is applicable to anything and everything.

One attendee who has done significant work on smart contracts, Joseph Wang, wrote to us after the meetup that he has been frustrated with “the disconnect between hype and application in blockchain” and that he was “very pleasantly impressed” by what Blockstack has to offer.

20 kilometers north across the China border, the second meetup was held deep in the heart of a suburban technology park near the world headquarters of technology giants Huawei and Tencent.

Unlike the Hong Kong event, we promoted the Shenzhen in both Chinese and English on multiple platform instead of on the meetup.com which isn’t widely used in the country. As a result, we didn’t have a clear idea of who would be attending or which languages they would be most comfortable speaking.

We ended up with an enthusiastic group of mainly Chinese-speaking attendees with three or four bilingual people. Our Shenzhen was a diverse group of mechanical engineers, teachers, business people and lawyers. A large portion of the attendees had little prior exposure to blockchain and wanted to understand what it was all about. One enthusiastic attendee flew almost 3 hours from Shanghai to Shenzhen to attend our Blockstack Shenzhen Meetup.

Ryan started out his talk, which I translated to Chinese in real time, by making sure everyone in the room had a common understanding of blockchain. Building upon his experience from his earlier analogy of blockchain as a journal, he described blockchain as a set of public libraries with special characteristics. Anyone can start a public library and each public library has the same books in the same order. A book represents a block of transactions. Anytime a book is added to a library, all other libraries get a copy of the book in the same order. Anyone can add a page to a book by creating a transaction and paying the appropriate fee and an algorithm periodically appoints a person to create books out of all available pages. Once a page is included in a book and the book is published and accepted into the library, neither the page nor the book can be changed, removed or placed on a different place on the shelf.

This blockchain as a public library analogy translated very well into Chinese and was great for helping blockchain newbies get a basic idea of some of the unique properties and behaviors of blockchains. Most people don’t keep journals and aren’t accountants, however most educated people (over a certain age) have a used a public library at some point or another.

Our bilingual meetup ran overtime as each slide and question took twice as much time as usual and as such we were unable to dive much into demos and hands on.

Two hours of flying and 800 kilometers to the northeast we finished off our series of meetups in Taipei which had just narrowly escaped the effects of super typhoon Nepartak two days earlier. We filled the office of Taiwanese blockchain startup DTCO…an amazing turnout for an event held on a rainy Sunday evening.

After our bilingual meetup in Shenzhen, it was a relief to find our Taipei audience was comfortable with an English only presentation. This also allowed us more time for demos and hands on installing the Blockstack client.

The Taipei audience was the most technical of the three meetups with technical cofounders of local blockchain startups and other developers in attendance. In comparison to the Hong Kong and Taipei meetups, attendees at the Blockstack Taipei were more interested in the practical application of Blockstack technology and how it could be used to solve the business needs of their clients. The local startups seemed particularly interested as to why Blockstack choses to use the Bitcoin blockchain over Ethereum for its production network.

Thanks to Ovey Yeung, Kristian Man and Karen Wan of Tuspark Global Network for providing the meetup venues in Hong Kong and Shenzhen and their help in getting word out about the meetups!

Thanks to blockchain startup DTCO, DTCO CEO Jacob Lee and DTCO CTO Brady Liu for opening their office to us for the Taipei meetup and keeping everyone fed with pizza and drinks. A special thanks to Thomas Hu of Kyber Capital for his help in arranging the Taipei event.

Thanks to Ryan Shea of Blockstack Labs for making the long trip out from New York City to Asia.

Ideas for a feature, suggestions for a future meetup or questions about why your code isn’t work? Join the Blockstack Slack! 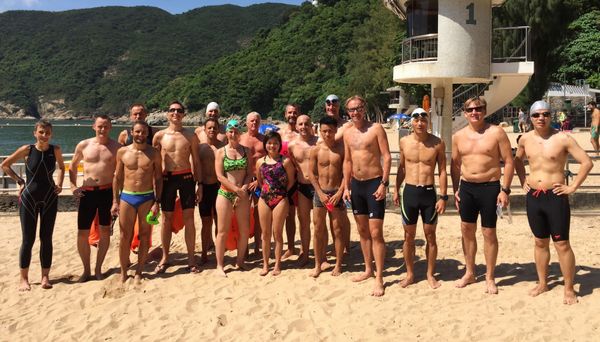 > "goals are for losers." -Scott Adams I became familiar with Dilbert cartoonist Scott Adams during the past year's Presidential election - familiar with him outside of his signature on Dilbert

The great Bitcoin halvening [http://www.thehalvening.com/] is upon us in less than 2 short days. To celebrate, Blockstack [https://blockstack.org] meetups are coming to Asia! I’m