We talk a lot about users owning their own data. Data ownership means control. Having control means taking responsibility. Responsibility is a lot of work! Let me explain…

For the past year, this blog made a temporary move over to the salibra.com domain. The reason for this move was that the previous Jekyll static site generator set up had become too hard to maintain. Previewing a post took a dozen seconds or know. Publishing a post and invalidating caches took even longer.

Instead of migrating content on this site to something more modern, something guaranteed to be a time consuming process, I decided that the time was better spent using the tools we built at Blockstack to build a new blog built around a protocol. My goal was to better understand the challenges and design constraints faced by the developers building real products and submitting them to the now paused Blockstack App Mining program.

I can dig into the technical details of what I built and even share the code in the future if there’s interest. For now, suffice it to say, Blockstack's tools for user data ownership made building a simple blog was very easy, but delivering the experience that I’ve come to expect as a user was a lot more work.

As an example: In a traditional-server web app, data and code live together under app developer control. The developer takes on the responsibility of making sure that the data is quickly available to make the app work well. In a decentralized app where user data lives in a personal storage hub like Blockstack’s Gaia, the developer loses control of where or how data is stored. They can no longer guarantee that the data their app needs to function will show up in a reasonable time or even at all.

The vast majority of users aren’t in the position of taking on these responsibilities even if they wanted to. Without easy-to-use, user-friendly tools to make data ownership managable, it’s too hard and too much work without a clear value proposition.

For now, I’ve paused my decentralized blogging exploration, moved back to this domain and migrated the old Jekyll set up to the modern self-hosted publishing platform Ghost. I still own my own data but I also own the code. 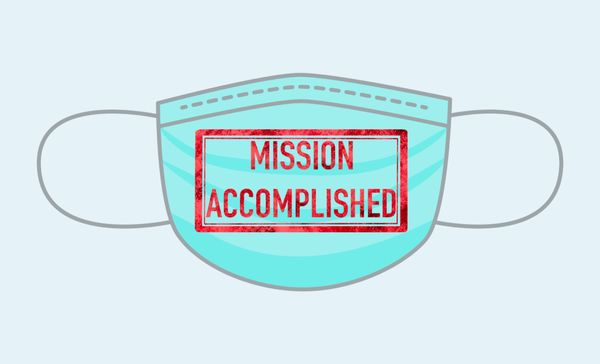 Masks are mainstream. The authorities have admitted they were wrong. We won the Battle of the Masks.

TL;DR: In this technical post for developers, I walk through how we added Blockstack ID support to the Discourse forum software. At Blockstack [https://blockstack.org], we're building a