There seems to be a mini epidemic of Taiwanese having kids in English speaking countries, finding difficultly teaching their kids Chinese and creating Kickstarters to solve the problem.

I read and write Chinese. It took me less than 2 years of study from start to finish to achieve the fluency to work in a Mandarin-only office. And 18 month of those 2 years was spent studying Chinese in the USA while taking other classes.

Compared to the years and years I spent studying but not learning French, I learned Chinese pretty quickly. A friend noticed and asked me if I think Chineasy would be useful:

My take: Fun for kids. Could be helpful for some visual learners. But make learning Chinese easy? Easy like as in easy as pie? No way!

In college, our first year Chinese class learned (to write) radicals in the second two weeks of class. First two weeks was pinyin.

We didn't have Chineasy flash cards, but had a great teacher that shared some of the same character-resembles-its-meaning insight that Shaolan is pitching.

Learning a language is like getting in shape. It's always hard and any product that promises to make it easy is snake oil.

Chinese being a "hard" language (with English being "easy") is a myth perpetuated by Chinese as part of their cultural self-image. This myth is blindly accepted by non-Chinese speakers because the language seems incredibly foreign compared to what they're used to. Fancy that - a foreign language that seems foreign.

But Chinese really isn't that hard. Sure there's simply more material to learn for writing compared to completely phonetic languages. But that doesn't make it hard, that just makes it more.

And where Chinese has more to learn with regard to writing it makes up with less complicated grammar: no verb tenses, no objects with gender, no verb conjugation. Verbs in French are so complicated that there's an entire dictionary-sized reference volume just to catalog them! Zut alors! If you have ever owned a copy of 501 French Verbs you can breathe a sigh of relief because there are no verb reference books for Chinese - there's no need!

If Chinese was really that hard, the literacy rate in China wouldn't be over 90% with a population a large portion of which grew up on poor rural farms without high quality education.

Learning Chinese is "hard" for the ShaoLan's kids because they're little kids in London where learning Chinese seems to them as pointless as being forced to study French, Spanish, Italian and German growing in Ohio was to me. It's the same reason my grandparents never really learned Italian from their newly arrived Italian immigrant parents.

Shaolan is just experiencing what millions of other immigrants have after having kids in a country with a native language that's not their own. Kids don't always care where you came from - especially when they're young. It may hurt, but it's reality, and colorful flashcards aren't likely to change it.

But kudos to Shaolan for the cool artwork and almost certain Kickstarter success! I wouldn't mind her illustrated characters on a t-shirt! 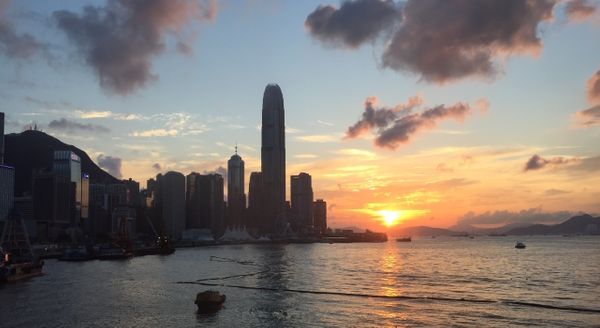 Offices are expensive and no one really likes to go to them. When we had an office at Pay4Bugs [http://www.lcsd.gov.hk/beach/en/beach-address-south.php#bigwavebay], I

We humans are horrible at judging relative risk. I've found fear, risk and our inability to judge it interesting ever since the days after 9/11. People…and the country…did crazy things in reaction to a threat whose statistical chance of death or